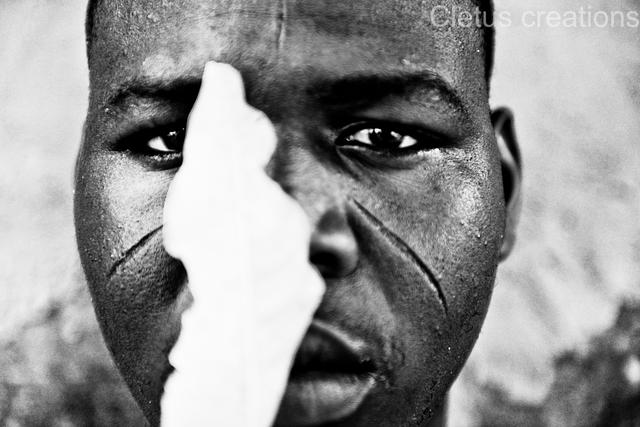 Life and labour in Nigeria

In Nigeria, we say that those who do not work hard should not eat. My own father died when he was 52 years old. He was a businessman and had a stroke. My grandfather died at 48. He was an officer in the Nigerian army. Today, I am 54. Most men in Nigeria die when they are between 30 and 50 years old. Their wives usually live 20 years longer. These men are mostly low-skilled and manual workers. They often die because of accidents associated with their hard labor.

I have being photographing 13 laborers in 4 years time and 10 of them are young boys who did not complete their primary school education because their perents did not have the money to pay for their school fees... Recently, I asked about their life situations and what they think about the future. They are in the best (and strongest) moments in their lives, and they have a lot ahead of them. These men love their work and do it with all their hearts. Yet young laborers in Nigeria live dangerously. They cannot escape the vicious cycle.

I have chosen to represent these individuals with portraits because the portraits show me the vulnerability of their souls. I have also chosen to show some images from their place of work. And I have tried to photograph them with both a humanistic and compassionate eye as well as a desire to dignify and embolden then through imagery.

My heart goes out to all workers who die defending their pride and humanity, earning their daily bread. If the government could take better care of all the country’s workers, our harvest would be abundant. 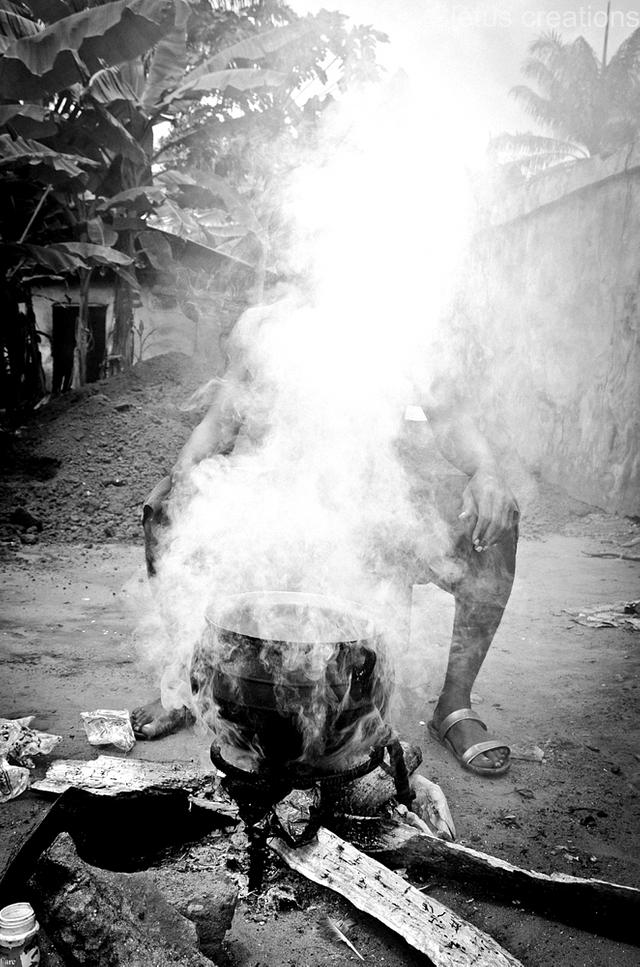 Obinna, my brother, was a drug addict; I was addicted to my camera and photographs. My addiction started when I was eleven years old. With a camera in hand, I could talk any beautiful girl in the village into posing the way I wanted. My father, however, was not happy about it. In fact, my father destroyed my first ”Yashica” camera. But my mother got me another one so I continued to photograph.

After a while, I started making money. I had become honest about my addiction and the honesty paid off. I began to think about Light, Compositions, Moments—the more I learned about these drugs, the worse my addiction became.

In Obinna’s case, his addiction started around the same age. He was twelve years old. For more than fifteen years, I watched him go from one heavy drug to another, but he remained smiling all the time. I could not comprehend the level of darkness around and inside him. He was helpless, I was helpless, and our country, Nigeria, was helpless. He slowly killed everyone around him without knowing it.

He said he was going to kill me too, but I had a camera in my hand, and he loved to be photographed. He also loved animals. One day, we found a wounded dove in our garden and we gave it bread and water. The bird died anyway. He refused to eat that day. To watch him slowly die, day after day, was the worse thing that has ever happened in my life. Oh brother, where are you? 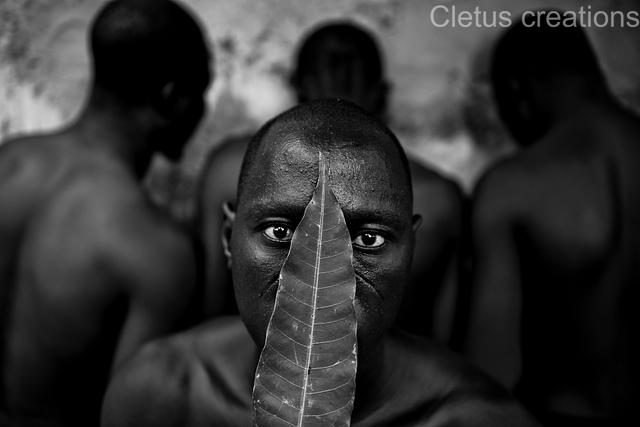 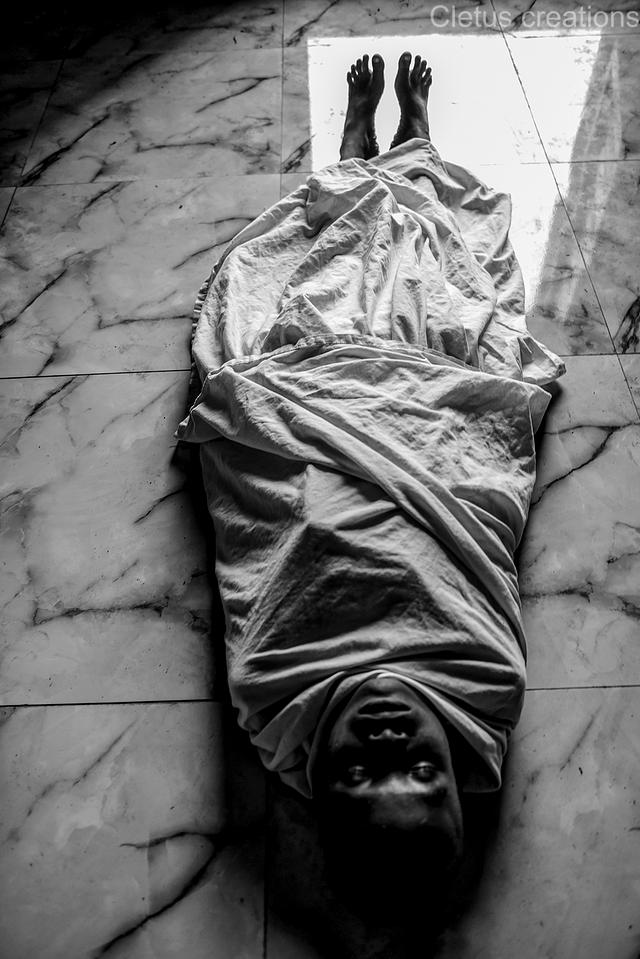 The fear of death

After the death of my cousin Ifeanyi in December 2016, his small brother started to act in a strange way. He started talking so much about death and how to avoid it. He started asking questions about death that no one could answer!
He came to me with questions but all I could do was to listen to him and be beside him when so ever that he wants to talk about the difficulties of life.

”If I smoke cigarettes would I die and If I sleep would I wake up again?”

“None of my friends could ever relate to what it’s like losing a brother.”
“I know that my brother is not coming back and I miss him. I don’t understand why my dad is so upset about it.”

He started to act out his anger and sadness and experienced difficulties in school due to a lack of concentration. On the other hand, He had a jocular attitude about the death, appearing indifferent, or he withdraws and hides his feelings. Other typical responses include denial, depression, changes in eating and sleeping patterns.

He also plays acted death for example, through war games!
He also took on tasks normally performed by the deceased, such as care for his siblings. 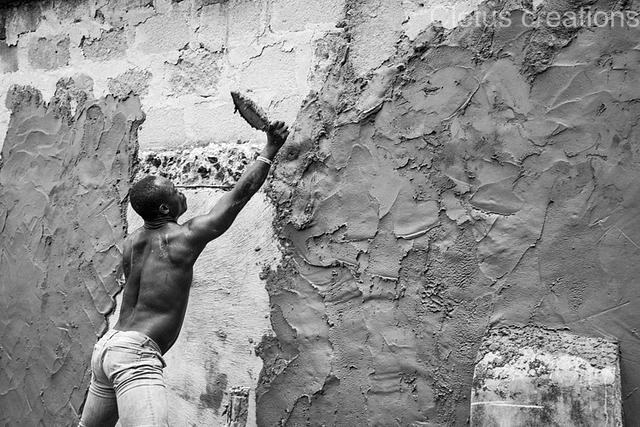 In Nigeria, a man without a big house is not a man at all. He will not be respected and might never find a good wife to marry. The house makes the man…
My father started building a house many years ago. He did not complete it when he died. He said that he wanted a big house there all his 11 children shall have a room each. My father's big house was abandoned for many years until 3 years ago when we started building it again.

We built it in a way my dad would love it. The rooms are very big, the kitchens are huge and the roof is long and the whole house is painted in yellow color which was his favorite color. My dad cannot ask for more! 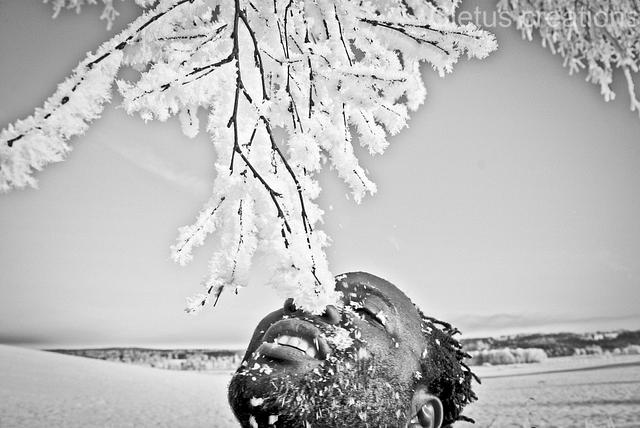 I was born in 1966, and in July 1967 a war started and my people were almost eliminated from this planet. 2 million of my people were killed. Our humanity was taken from us and our faith was almost destroyed. It was dark and the darkness continued for a long time after the war. I grew up without seeing any picture because the soldiers had burnt all our photographs. My dad said that I looked like my grandfather, but I had never seen my grandfather or a picture of him. Now the war has ended, but the human heart is still in pain. I left my country and studied photography at a university in Sweden. I have found and built a new family that no war can take away because this country has known peace for 200 years. Peace is the greatest thing...